You are here: Home / Your council / News / News archive / News from July 2022 / Benchmark of respect for Salford heroes

Benchmark of respect for Salford heroes

The group, set up by veteran Glenn Croston, wants to contribute to Salford’s new veterans memorial garden by raising funds for replacement benches. 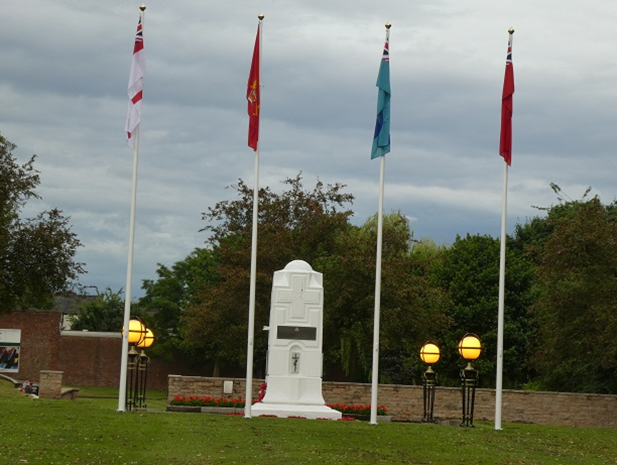 The group is using Crowdfunder, set up by City Mayor Paul Dennett. It enables people, organisations and community groups to test local support for their initiative by raising money to win match funding of up to £10,000 from Mayor Dennett. Projects must benefit Salford and support one of the council’s Great Eight priorities to create a fairer, greener and healthier Salford.

Glenn, who served nine years in the army in the UK, Northern Ireland, Germany, Hong Kong, Canada and Ethiopia, said: “We are hoping to raise £5,000 and, if we can, Crowdfunder will match that. Ideally we want the benches in place for Remembrance Day in November.”

Four new flagpoles have already been put in place and are displaying the armed services flags.

Details of this campaign, other current campaigns and past successes can be found at Salford Crowdfunder. You can also view details about the Veterans Memorial Garden fundraiser.