You are here: Home / Your council / News / News archive / News from July 2022 / Boost for residents as Walkden park and ride begins construction

Boost for residents as Walkden park and ride begins construction

Construction has started on creating a brand-new park and ride facility as part of the regeneration of Walkden railway station.

Works are expected to continue until December 2022 to create the new facility at the site of the former environmental services depot off Chestnut Avenue. It will provide 107 parking spaces, four motorcycle bays and cycling storage for up to 32 bikes.

The scheme will boost access to sustainable travel for Walkden residents, help combat congestion within the town’s busy road network and reduce on-street parking with currently no dedicated off-street parking available for those using the station. It will also provide electric vehicle charging points, new lighting and CCTV, landscaping and boundary fencing. 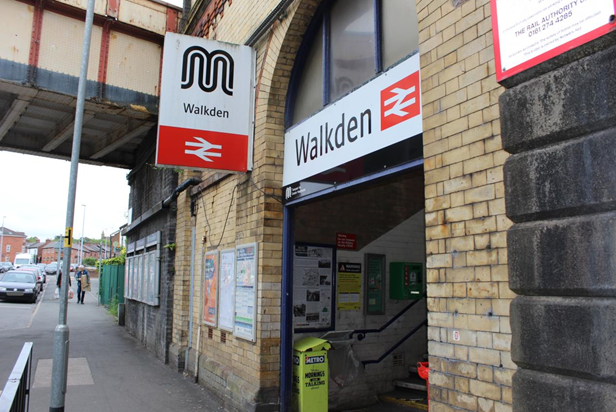 Andy Burnham, Mayor of Greater Manchester, said: "It's great news that work is getting underway on this new park and ride site, not only will it help boost access to public transport in Salford, it also supports the growth of the Bee Network - Greater Manchester's vision for a truly integrated public transport system across the whole region and opens it up to even more people.

"New and additional park and ride sites open up the network and make switching from the car to public transport easier and more convenient for people, helping to make travel around Greater Manchester easier, more accessible and affordable for all.

"In addition, this latest project at Walkden will also complement TFGM's Access for All scheme and see a range of improvements made to the station itself, ensuring it is fully accessible for all users."

Salford City Mayor Paul Dennett said: “I am delighted that work is finally starting on this project which I have long campaigned for and I know will be greatly appreciated by the people of Walkden.

“This brand new facility will only enhance the asset that this railway station provides for the town and will provide a sustainable option for those who are keen to shorten their car journeys or who are able to cycle for part of their journey.

“This work is part of a wave of developments for this very popular station with residents now also able to benefit from dedicated bus services onwards on weekends to RHS Bridgewater and the RHS Links project is also going to make the station even more connected to the fantastic visitor attraction.”

The park and ride works are being led by Transport for Greater Manchester in conjunction with the council and work will be carried out Monday to Friday between 8am and 6pm with work also taking place from 8am to 1pm on Saturdays if it is deemed necessary. Construction work will require the use of large machinery and site vehicles and may therefore be noisy at times but measures will be put in place to minimise disturbance to nearby residents.

The work will also kickstart a wave of improvements that are planned for the station itself which includes a new lift for passengers through TFGM's Access for All programme. The works are currently in design stage with the project expected to be completed in 2024. Further improvements are also being planned for Irlam and Swinton stations to make them fully accessible.

It comes as statistics from the Office of Rail and Road show Walkden had an estimated 374,228 rail users in 2019-20, marking it as the fourth busiest station in the city.

Users of the station will benefit from the £3.8m RHS Links walking and cycling project that is providing a 6.2km specialised route for those travelling from the station to RHS Bridgewater and into Worsley and Boothstown. A significant proportion of the route is already open for public use and it is expected that the remaining sections will be complete by Spring 2023.

A new hourly direct shuttle bus service between the station and RHS Bridgewater has also launched in time for the summer running from 2 July through to 25 September. The service will run hourly on Saturdays, Sundays and bank holidays with fares capped at £1 for adults, 50p for children and it will be free for concessionary pass holders. It has been developed by the visitor attraction in partnership with South East Lancs Community Rail Partnership and is supported by Friends of Walkden Station, Transport for Greater Manchester, Northern Rail and Avanti West Coast.