A Salford warehouse company has been fined £40,000 for putting its workers in danger.

B2C Retail, of Invar Business Park, Invar Road, Swinton, is a small warehouse which stocks a range of items sold via Amazon. The business is run by B2C Retail Limited, of which Mr. Michal Kempiak is the sole director.

Mr. Kempiak appeared at Manchester and Salford Magistrates Court on Thursday 28 July and pleaded guilty on behalf of the company to four offences under the Health and Safety at Work Act 1974 for failing to select appropriate equipment for working at height, failing to ensure that work at height was appropriately planned, supervised and carried out safely, failure to ensure that lifting equipment was thoroughly examined and failing to carry out a suitable and sufficient assessment of the health and safety risks, to which employees were exposed. 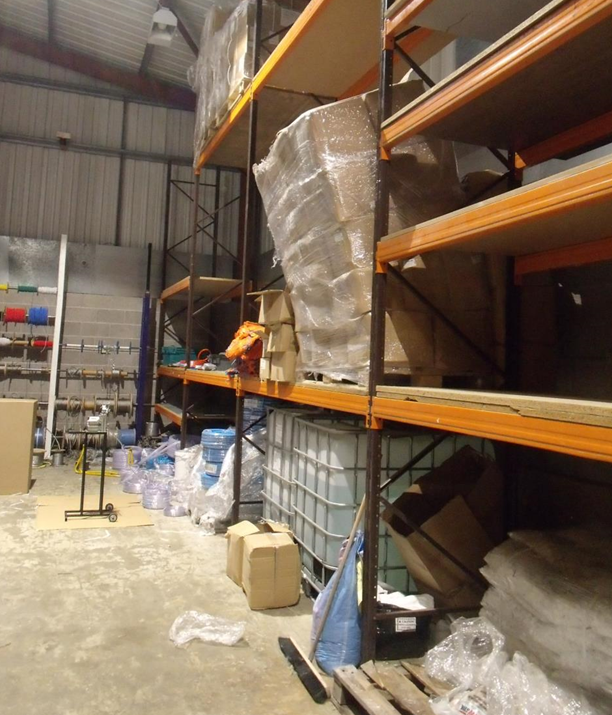 Magistrates heard that the dangers came to light when the business applied to sell food, triggering a hygiene inspection. An environmental health officer from Salford City Council visited on 28 April, 2021 and was concerned by the blatant disregard for health and safety.

The court heard that storage arrangements and general health and safety conditions in the warehouse were poor, with broken pallets leaning on racking, the floor cluttered with trip hazards and combustible material on the floor, which was particularly concerning near the battery charging area of the forklift truck. Palletised stock at height was not shrink wrapped, stock had been taken from lower levels making loads unstable and there were risks of objects falling from height.

A member of staff was seen stepping onto a pallet and climbing the racking to reach an item on a second shelf, putting them in danger of serious injury. There were no stairs to a mezzanine floor where stock was stored, so staff were riding up in a high level order picker (HLOP) and stepping off it whilst at height which is unsafe. Salford City Council served prohibition notices for both these activities as they were so dangerous.

Mr. Kempiak could not produce thorough examination certificates (similar to an MOT for a car) for any of the lifting equipment used in the warehouse as required by law.

The lifting equipment was subsequently tested and the safety certificates produced after the company was served with an improvement notice. In the meantime, the company had purchased a new HLOP for a different task which was also found to be unsafe. A prohibition notice was served for that machinery banning it from use until made safe.

Staff were not carrying out industry standard documented daily safety checks before using lifting equipment and there was no written risk assessment in place, as required for any company employing five or more staff. B2C Retail employs 10 to 12 staff. An improvement notice was served requiring a risk assessment to be undertaken.

The company employed a health and safety consultant to assist with documenting the risk assessment and both the improvement notices were complied with.

As the company was new, Mr Kempiak was asked to accept a caution in relation to the offences, but he refused to sign it as he thought he had done nothing wrong. He was invited to an interview to explain his actions, but this was declined so Salford City Council took the company to court.

Speaking after the court case Councillor Barbara Bentham, lead member for environment, neighbourhoods and community safety, said: “Health and safety law is there to protect people and the fine reflects the seriousness of these offences.

“Workers could have been seriously hurt by the practices taking place in this warehouse and our interventions have ensured the workplace is now operating safely.

“If proper procedures had been followed the company could have avoided the dangers and this court case. I hope it sends a clear message to all companies that workers’ health and safety is to be taken seriously and the council will not hesitate to act on breaches.”