Charlotte Ramsden, Strategic Director of People at Salford City Council has been awarded an Order of the British Empire (OBE) in the Queen’s Birthday Honours list. 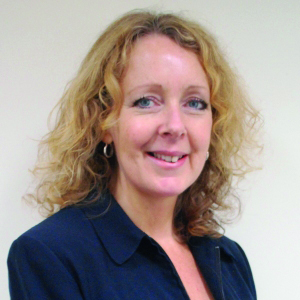 Mrs Ramsden, who joined the council in 2014, has been honoured for her sterling work in supporting the development of services for children and young people across Greater Manchester since 2016.

Thanks to her leadership the region was awarded £7.43 million in government innovation funds to support more families with early social care and work intensively with children and young people on the verge of coming into local authority care.

As part of that work, Salford City Council opened the Route 29 hub last year. Young people whose foster placement or family situation has broken down can now get instant access to specialists including a psychologist, a speech and language therapist and educational psychologist. Previously young people often had to go outside the city for support and the new hub has led to a reduction in teenagers needing to come into care, a reduction in the council needing to place them outside Salford and an increase in the stability of their placements.

In a pioneering move, the building, services and even staff were designed and chosen with extensive input from young people who had been through the care system.

Mrs Ramsden said she was deeply honoured by the recognition and proud to accept it on behalf of all her Greater Manchester colleagues.

Salford City Mayor Paul Dennett said: “Congratulations to Charlotte, I am delighted she has been recognised nationally for her drive, passion and commitment to working with children and young people in the city and supporting our young people across Greater Manchester.

“Many of the children and young people who come into contact with our services will not know the thousands of hours of time, dedication and expertise that our local government workers put in to make their experience the best it possibly can be. I am really proud of the services we deliver to children and young people and the innovative and inclusive approaches developed, especially during these challenging times. It’s great to see Charlotte’s and everyone’s work being recognised in this way with this award.”

The Greater Manchester Children and Young People Plan, endorsed by all ten authorities has led to extra investment in children’s mental health services, major development work in early years and work and skills and the ‘Greater Manchester guarantee’ for care leavers which supports them with housing, training and education until age 25.

Publication of the Queen’s Birthday honours list was postponed from June so people who played key roles in the pandemic could be added.