A restoration scheme to revitalise one of Salford’s most historic sites has won a top national award.

Worsley Delph was the birthplace of the Bridgewater Canal in 1761 which was a catalyst for the Industrial Revolution.

Work to make the site more visitor friendly was carried out as part of a £5.5 million physical regeneration of the Salford stretch of the Bridgewater Canal funded by the National Lottery Heritage Fund, Salford City Council, Bridgewater Canal Company and other partners.

Now Rochdale based contractors Casey, which carried out the 14-month transformation on behalf of Salford City Council, have been awarded a British Association of Landscape Industries (BALI) National Landscape Award for regeneration. The awards celebrate the top landscaping schemes in the country and the Worsley Delph scheme has now been put forward for a Principal Award in regeneration which will be announced at a grand ceremony in December.

Councillor Mike McCusker, lead member for planning and sustainable neighbourhoods, congratulated the company on its success.

“This is a huge honour and achievement for everyone involved in the project and they should all be very proud,” he said.

“The Delph was a gateway to a network of coal mines and the challenges of draining the mines and getting coal to fast growing markets prompted The Duke of Bridgewater to create England’s first true canal.

“Our project has cleared damaging vegetation, desilted the canal basin and improved access to and views of the site. We have also installed new information boards and artworks which tell the history of this unique location including a replica mine cart full of coal and a copy of the original Act of Parliament from 1759 that set the canal system in motion.”

The project also uncovered new, historic finds including mining boats, previously unrecorded tunnels and quays and a metal winch which would have unloaded goods delivered to the village.

Graham Lang, Head of Construction at Casey said: “We are very proud to have received one of the highest accolades our industry can bestow. Being one of only two projects nationally to win such an award is a huge tribute to the dedication and professionalism of the entire team.

“The project was complex with significant constraints to manage such as working adjacent to historic mines, a Scheduled Ancient Monument and several listed buildings and structures. Management of these constraints, including significant unforeseen circumstances by the delivery team has resulted in a successful restoration project which has added value to the local community.” 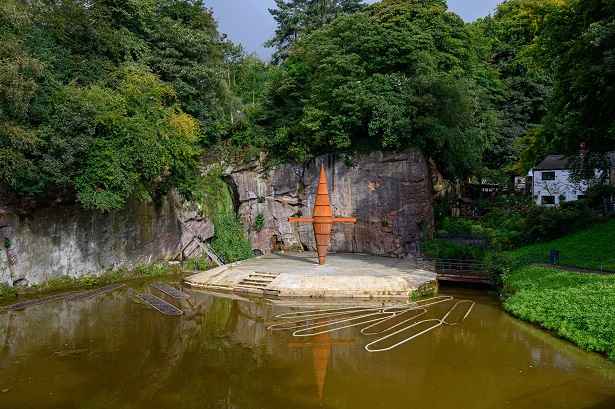