You are here: Home / Your council / News / Salford pays tribute

Salford has joined the nation in paying tribute to past and present members of the armed forces and their families today (Monday 20 June) to mark the start of Armed Forces Week.

Dozens of people attended a ceremony at Swinton Civic Centre where the armed forces flag was raised to the sound of a lone piper.

“We pay tribute to those serving, veterans and their families for the sacrifices they have made and continue to make and to our cadets and the adult volunteers who support them and to the reservist,” he said.

Ceremonial Mayor of Salford Councillor Ann-Marie Humphreys said: “This is a very special week to salute our armed forces who carry out acts of bravery daily to protect our country. Salford joins with the nation in celebrating them.”

Sir Warren Smith, KCVO, who will retire as Lord Lieutenant of Greater Manchester next month said: “I think about the men and women prepared to serve and die to protect my freedom. Thank you.”

The garden next to Swinton Cenotaph will celebrate the lives of those in the armed forces who have passed away and provide a space where people can relax and reflect. 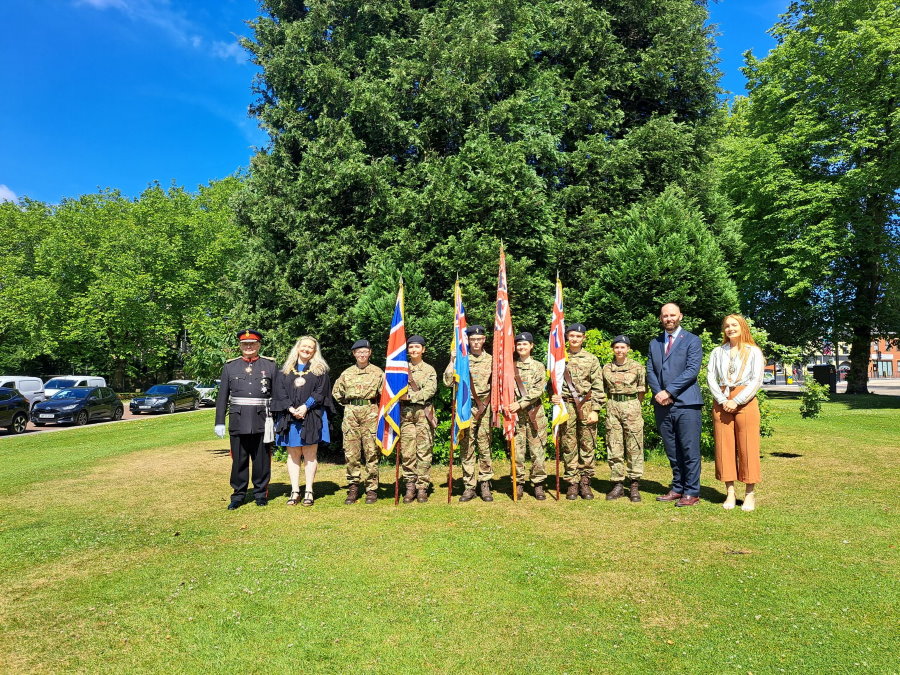 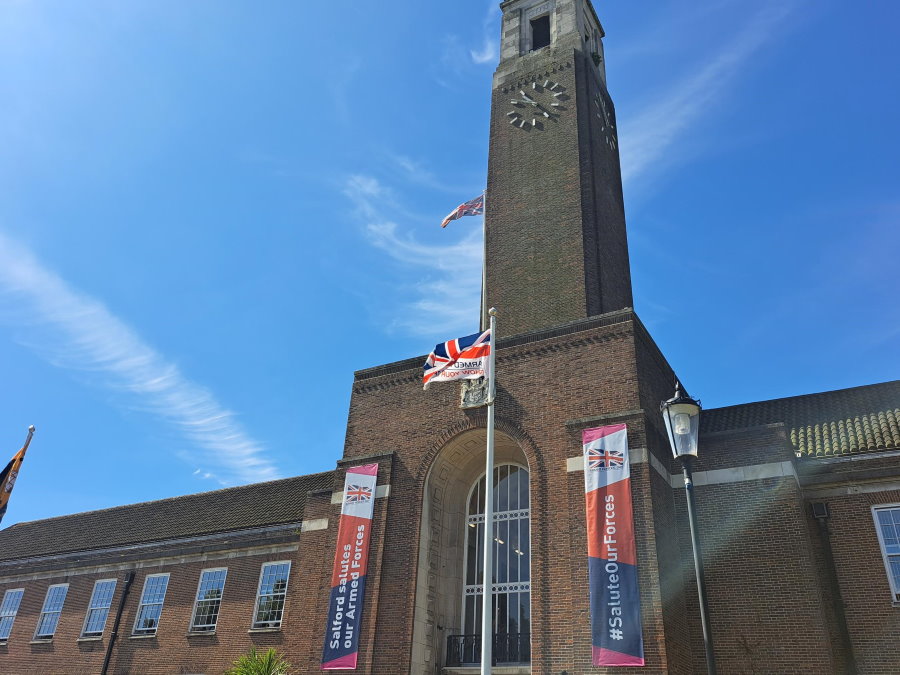