You are here: Home / Your council / News / Young draw Salford communities together

Children and young people in Salford have put pen to paper to draw their communities together during National Hate Crime Awareness Week which runs from Saturday 10 October to Saturday 17 October.

Using a quote from the late MP Jo Cox - “We are far more united than the things that divide us” - they were asked to send out a message against hate crime and encourage people to be kind to each other.

The images were created in schools and groups by young people during Greater Manchester’s Hate Crime Awareness Week in February.

The winning entries have been chosen to use on social media during National Hate Crime Awareness Week, which runs from Saturday 10 to Saturday 17 October to reinforce the message that there is no place for hate speech, aggression or violence in today’s society.

Councillor David Lancaster, lead member for environment and community safety, praised the children’s messages and said: “Hate crime is vile. There is no excuse or reason for abusing or harming someone because they have a disability, are of a different race or religion to you or because they are gay or trans. We’re all human beings and we need to respect and be kind to each other.”

Inspector Bev Catterall of GMP's Salford district, said: “Tackling hate crime is a priority for officers in Salford and we are committed to reducing it, investigating reports of it and supporting victims.

"Our communities are made vibrant by the diverse faiths and backgrounds of the people who live, work and visit our area and we wanted to use this competition to celebrate this and encourage community cohesion and inclusion.

"The children created some powerful artwork which sends out the message that hate crime will not be tolerated in our city.

“If you've been a victim or a witness of hate, report it to Greater Manchester Police on 101 or visit the Lets End Hate Crime website to report or receive help and support.”

The winners and runners up were chosen from around 100 entries and are: 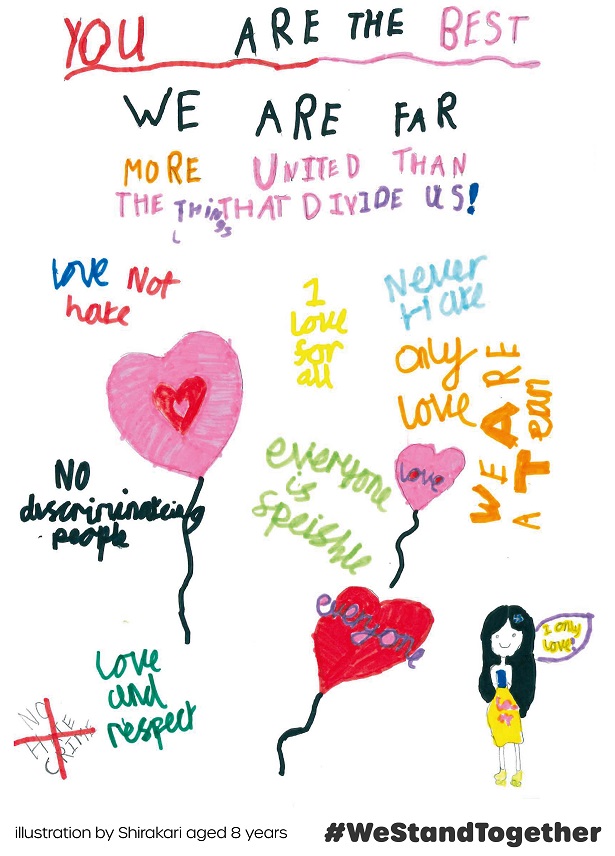 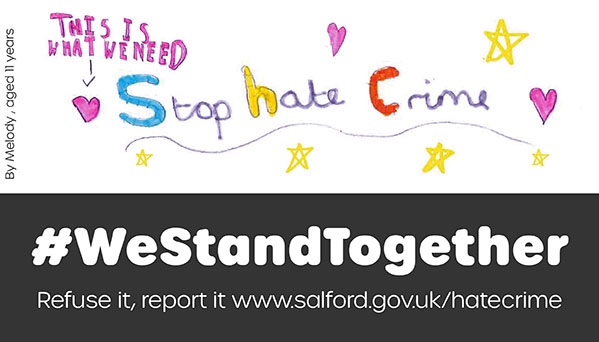 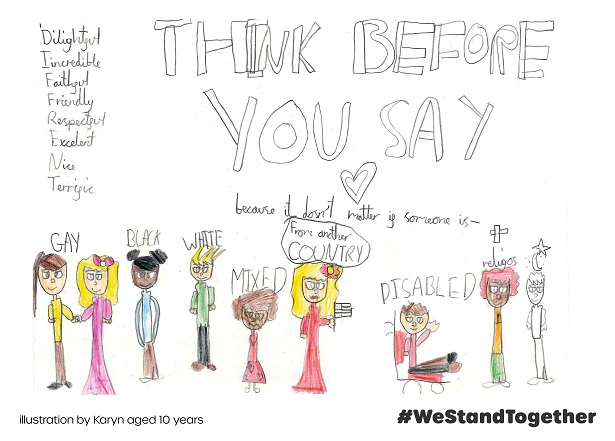 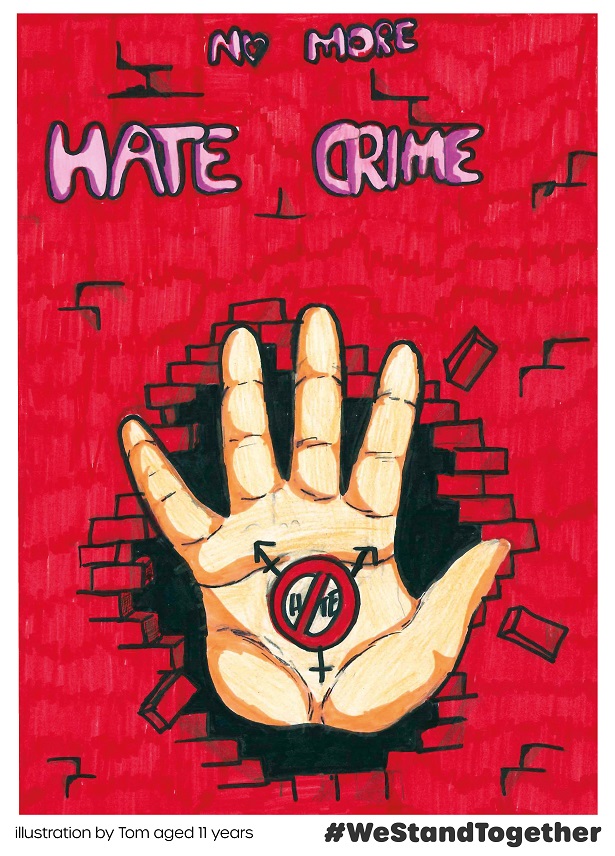 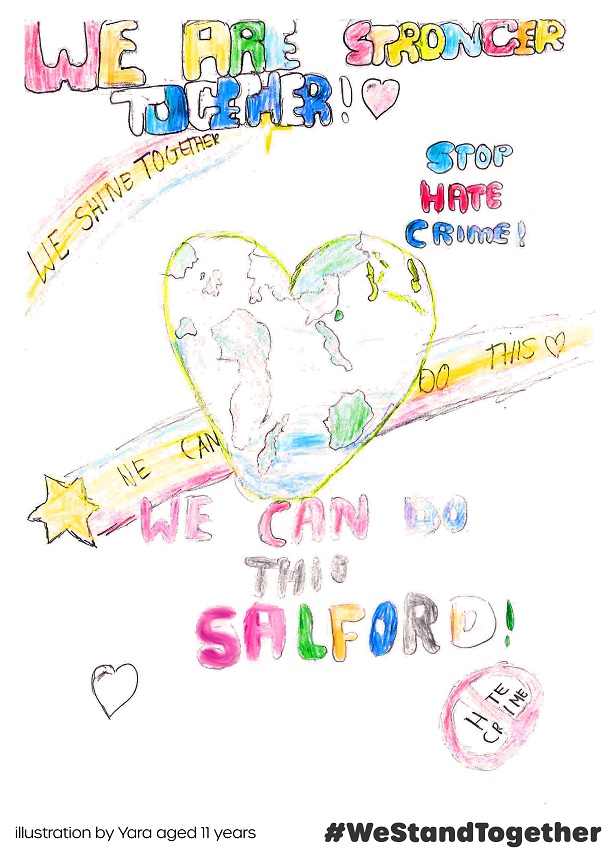 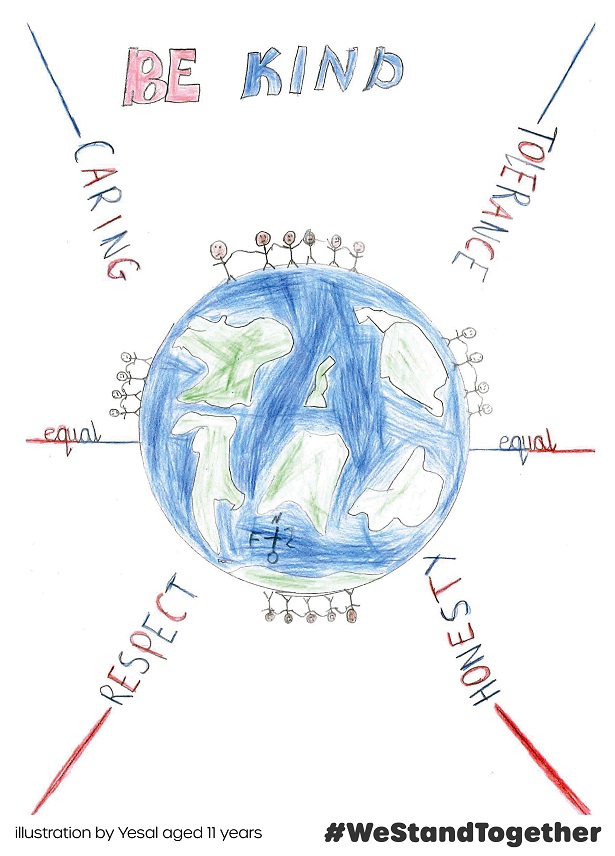 Each received £100 for their school, a certificate and presentation print and their artwork is being posted on Salford City Council's social media feeds all next week.