The main things that mattered to you in 2016 are shown below. We are now asking for your thoughts in 2018 to plan our budget for the next two years. 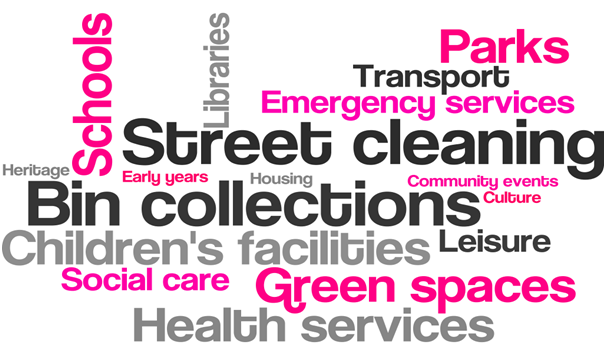 You also told us what gets in the way of making the city better. 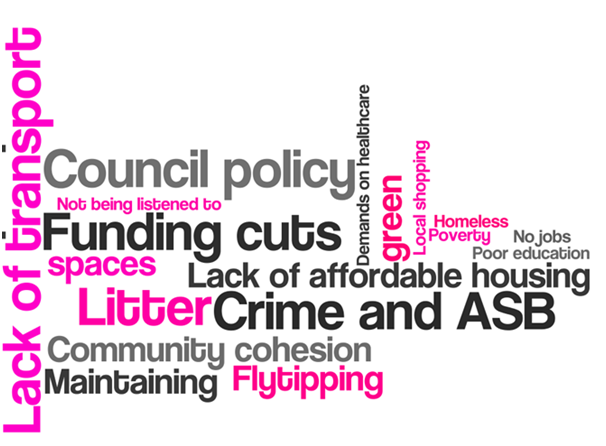 What we have done

After the ‘what matters to you’ conversation the City Mayor allocated additional money in the 2017/18 budget to street cleansing and youth services, reflecting the services you value the most.

The street cleansing money funded an extra 13 street cleaners to cover additional day and night shifts. This increased street waste collection by 20% to 2,424 tonnes and decreased reports of litter from the public by 22%.

You said that fly tipping and litter get in the way of the city being a better place. We have targeted fly tippers as part of Operation Pandora and between 2014 and 2017 we successfully prosecuted 49 fly tipping offenders with fines of over £50,000.

We’re introducing new technology to improve our bin collection performance to reduce missed bins and enable us to provide you with better real time information so we can inform you of things like vehicles blocking our refuse wagon access.

You told us that tackling poverty will make Salford a better place. We have worked closely with the Poverty Truth Commission, listening to local people who have experienced poverty.

We developed a strategy ‘no one left behind’ and one of the actions was to invest in the Salford Credit Union so that it can provide a real alternative to pay day lenders and loan sharks.

An extra £3 million has already been invested in services to support the city’s most vulnerable residents.

People in council tax debt told us they needed human contact to resolve problems. Drop-ins are now available across the city to residents to talk to us about how we can tackle council tax debts and agree realistic payment plans.

Salford City Council was the first local authority in Greater Manchester to pay all of our employees the Foundation Living Wage. We have been actively promoting this real Living Wage amongst major employers in the city.

You said that you value libraries and we’re investing £100,000 over the next four years upgrading all the IT in our libraries, which already provide free IT and internet access.

Investment will also help to provide library services from seven new sites, including the watersports centre and local leisure and community centres.

We’re also working with a national digital inclusion organisation who have a target to bring 8,000 people who are currently digitally excluded online by 2020. Basic digital skills can make people better off, saving households up to £700 per year, and reduce social isolation.

You described the lack of affordable housing as getting in the way of making Salford better. We are investing £2 million from affordable housing contributions into a council owned development company to kick start the building of new social housing in 2018/19.

17% of new homes built in Salford last year were affordable. This is one of the best rates in Greater Manchester but we are aiming for more.

We have worked with the University of Salford to look at the experiences of people in the private rented sector and our next piece of work will be around ‘fair rents’.

You said you value the city’s green spaces and parks. We work closely with friends’ groups to protect our parks and have introduced new recycling bins.

Much work has been done to make the most of the Bridgewater Canal by providing public events and volunteering opportunities as part of the heritage lottery funded project.

We are developing new pop-up parks in some of our open spaces in Greengate and New Bailey, to provide more shared leisure areas.

The £2.5 million Peel Park restoration, again funded by the Heritage Lottery Fund, was unveiled in 2017 with a spectacular fire garden event.

Lack of transport was raised as an issue in the city and we are working closely with Transport for Greater Manchester. £20 million is being invested to provide more platforms at Central Salford train station.

The City Mayor has also given his commitment to reinvigorating the local economy using the assets of the city’s big organisations for community benefit – getting more bang for our buck by supporting local suppliers when we spend money.  As a result of this commitment 63% of the council’s total spend is now with local small and medium enterprises.

What matters to you