You are here: Home / Your council / Awards / Freedom of the city

Freedom of the city 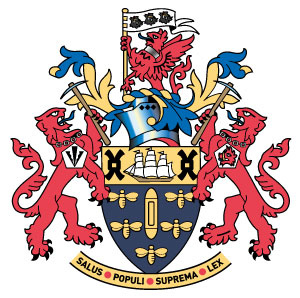 One of the oldest surviving traditional ceremonies still in existence today is the granting of the freedom of the city of Salford.

The medieval term 'freeman' traditionally meant someone who was not the property of a feudal lord, but enjoyed privileges such as the right to earn money and own land. Town dwellers who were protected by the charter of their town or city were often free - hence the term 'freedom of the city'.

The conferment of the Honorary Freedom of a borough or city has been established since 1885 as the highest honour which the local authority can bestow. Historically, it had not always been treated with such reverence. Until the Municipal Corporations Act of 1835 put an end to the practice, it had been possible to appoint honorary freemen for less noble reasons, not least of which might have been the future disposition of their vote at elections.

To be granted the title of Honorary Freeman is a mark of distinction upon the person whom the council wishes to honour. The freedom itself carries no privilege and is purely an honour, reflecting the eminence of the person on whom it is conferred or as recognition of significant and valuable services rendered to the city by that person. It is normally an honour or award to men or women of note who have lived or worked in the city, and who are proud to be a part of the city's history by becoming freemen or in the case of HM Services Units, freedom of the city. It should not be awarded to serving councillors.

The freedom of the city is considered the highest honour that the city council can bestow on an individual.

The freedom of the city will be given to persons:

Freemen of the city of Salford

A number of ancient privileges are usually associated with the freedom - although they are more a product of collective memory than of documented evidence. For example freemen of the city of London have a right to herd sheep over London Bridge, to go about the city with a drawn sword, and if convicted of a capital offence, to be hung with a silken rope! Other advantages are said to have included the right to avoid being press-ganged, to be married in St Paul's Cathedral, buried in the city or to be drunk and disorderly without fear of arrest.

Today the 'freedom of the city' has no real privileges and is instead regarded as an honour or award to men or women of note who have lived or worked in the city, and who are proud to be a part of the city's history by becoming freemen.

Please telephone 0161 793 3618 or email mayoralty@salford.gov.uk if you have any questions. You can complete an online nomination form below.

Freedom of the city nomination