The growth and decline and rejuvenation of the park can be seen in the story of Peel Parks famous statuary collection.

The first statue arrived in 1850 following the sudden death of popular former Prime Minister Robert Peel, the man who had inspired the parks name. A public subscription paid for a statue of Peel by Matthew Noble, one of the leading sculptors of the day. Other figures immortalised at Peel Park were Queen Victoria and Albert, Prince Consort.

The statue of Queen Victoria commemorated the royal visit of 1851 and was one of the earliest to be erected during her reign. Completed in 1857 it was unveiled by Prince Albert. In 1861, the Prince passed away and it was decided a statue would be erected in his honour. This was erected in 1864 and placed facing the statue of his wife. It was paid for through public contributions, with Salford’s working class donations and Sunday school collections contributing to the commission.

Both statues are larger than life size, made from Sicilian Marble, and placed on granite pedestals. The Queen is represented in typical regal fashion, wearing a coronet and robes, whilst leaning on the Imperial crown which sits on a cushion atop a pillar. The inscription pays homage to ‘the visit of her most gracious Majesty Queen Victoria to this Park’ and the reception she was given by the local Sunday school teachers and students. A magnificent painting of this occasion can be seen in the Victorian Gallery of the museum.

The statue of Prince Albert commemorates the man as an academic. He is associated with numerous scholarly symbols: wearing Chancellors robes, holding a scroll in one hand and a university cap in the other, which rests on a globe and a pile of books.

Also commemorated in the form of a statue was Joseph Brotherton, Salford’s first Member of Parliament and champion of the movement for public parks and museums. Brotherton was also well known as a promoter of vegetarianism. Joseph Brotherton died suddenly on 7th January 1857 while traveling between Pendleton and Manchester with friends on the omnibus. At a public meeting chaired by the Mayor of Salford it was decided to raise a public subscription for two monuments, a statue for Peel Park and a memorial plaque for Brothertons grave in Weaste Cemetery.

Another notable local politician to be commemorated at Peel Park was Richard Cobden. Cobden had campaigned for years for the repeal of the Corn Laws and finally, this happened in 1846. 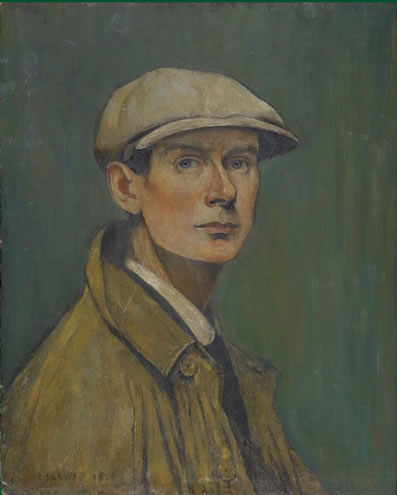 Peel Park continued to acquire sculpture and the terracing behind Lark Hill Mansion, overlooking the park was decorated with cannon and urns. Within the park an ornamental lake and fountain were formed and a network of paths and flowerbeds included several sculptures and statues including the Shoeshine Boy and the Little Sweep.

The two royal statues still have pride of place in front of the museum but unfortunately the other statues were removed at various times. Robert Peel now stand in the grounds of Gawsthorp Hall in Cheshire and the fate of Richard Cobden is currently unknown.

Joseph Brotherton’s statue stood until recently on the banks of the Irwell further downstream but has been brought back to the park that he helped to create.

The royal visit in 1857 also saw the completion of an elaborate Indian style archway in honour of the Queen at the main entrance to the Lark Hill Mansion. This was known as the Victoria Arch and became for a while the iconic image of the approach to the park. A painting in the Victorian Gallery of Salford Museum and Art Gallery shows visitors arriving at the entrance on the regular horse drawn omnibus which ran between Pendleton and Manchester. The second entrance was graced by huge, elaborate iron gates known as the Ducie Gates. These were bought from the Strangeways Estate when the hall was demolished during redevelopment of the area a few miles from Peel Park. The name is from Earl Ducie, former owner of the estate.

The grand arch and gates have been remembered in the new entrance features installed where they once stood on The Crescent. 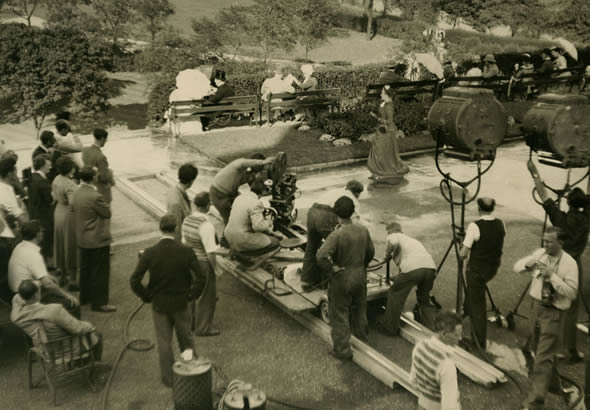 Peel Park has been immortalised several times on film and canvas. From 1915, when he attended art classes at the Technical School, LS Lowry created many well known paintings of the park showing the buildings, planting and visitors of the park. His painting of the bandstand shows the enormous crowds that would flock to hear music performed.

One of the most popular works featuring the park is Hobson’s Choice by Harold Brighouse.

In the original play written in 1916 but set earlier in the 1880’s, the two main characters Willie Mossop and Maggie go on their first date to Peel Park. That scene was later immortalised in the 1954 film starring John Mills and Charles Laughton, two of the biggest stars of their day, and the film was shot on location in the park.

In 2010 the famous photographer Spencer Tunick used the park as a setting for one of his mass nude portraits. Volunteers flocked to the park to brave the Salford weather and be immortalised for art.

Students at Salford University regularly use the park as the location for film and art projects.