Early 19th century Salford, like neighbouring Manchester, was a rapidly growing industrial town. Before the industrial revolution English towns had squares, walks, commons and open spaces used for all kinds of recreation and gatherings.

In the rapidly growing urban centres of the late eighteenth and early nineteenth centuries these became scarce. In 1833, the report of a Select Committee on Public Walks had recognised the need to provide public walks and open spaces for “comfort, health and content”. 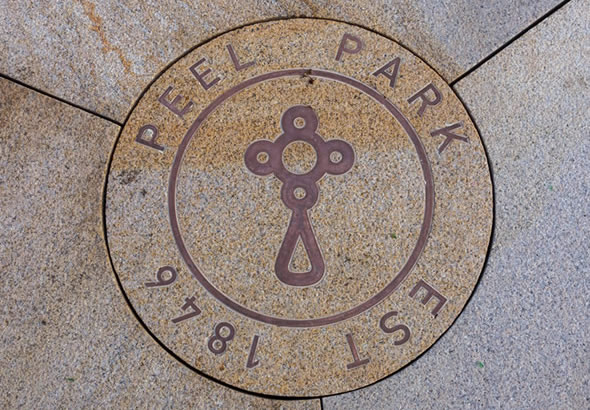 Salford and Manchester were growing at an enormous rate and in 1835 a visiting diplomat Alexis de Tocqueville, describing the growing city wrote ‘A thick black smoke covers the city….A thousand noises rise amidst this unending damp and dark labyrinth’.

Joseph Brotherton, Salford’s first Member of Parliament, elected in 1832 quickly became a popular and successful MP, rallying support for the creation of parks and libraries amongst other schemes to improve the lives of the working people. 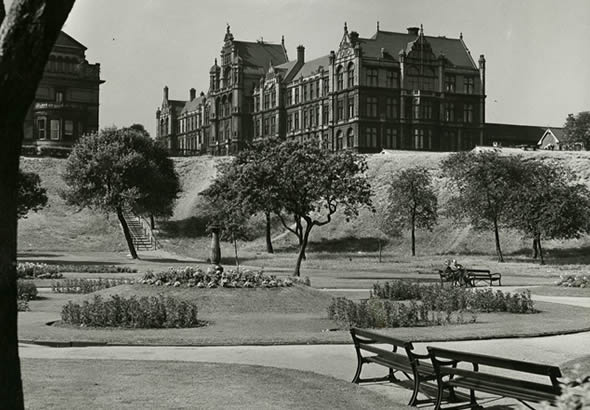 Businessmen, politicians and local people of Manchester and Salford set up a Committee for Public Walks, Gardens and Playgrounds and subscriptions were sought to raise funds. Donations came in from all sorts of people, from clerks and factory workers to business owners and wealthy merchants. Support for the project was universal.

In 1844, almost 6,000 working class people turned up at the Free Trade Hall to talk about getting parks in Manchester and Salford. To great cheers, they passed motions to support a public subscription. Soon they were collecting money from neighbourhoods, factories and workplaces. People donated whatever they could, to have a park that would belong to them.

Three parks were planned, one in Salford and two in Manchester. Today is no different, this park belongs to the people and everyone is welcome to use it and help take care of it. The huge developments that are currently underway have been funded largely by public money, and we’ve been lucky enough to have the support of selfless and dedicated volunteers. Salford is currently undergoing a huge amount of redevelopment, and Peel Park will be at the forefront of this journey, and can once again be somewhere the public will put to use and enjoy as a green heart to the city centre.